The Burden of Beauty: Instagram-Famous Houses Are a Curse for Residents 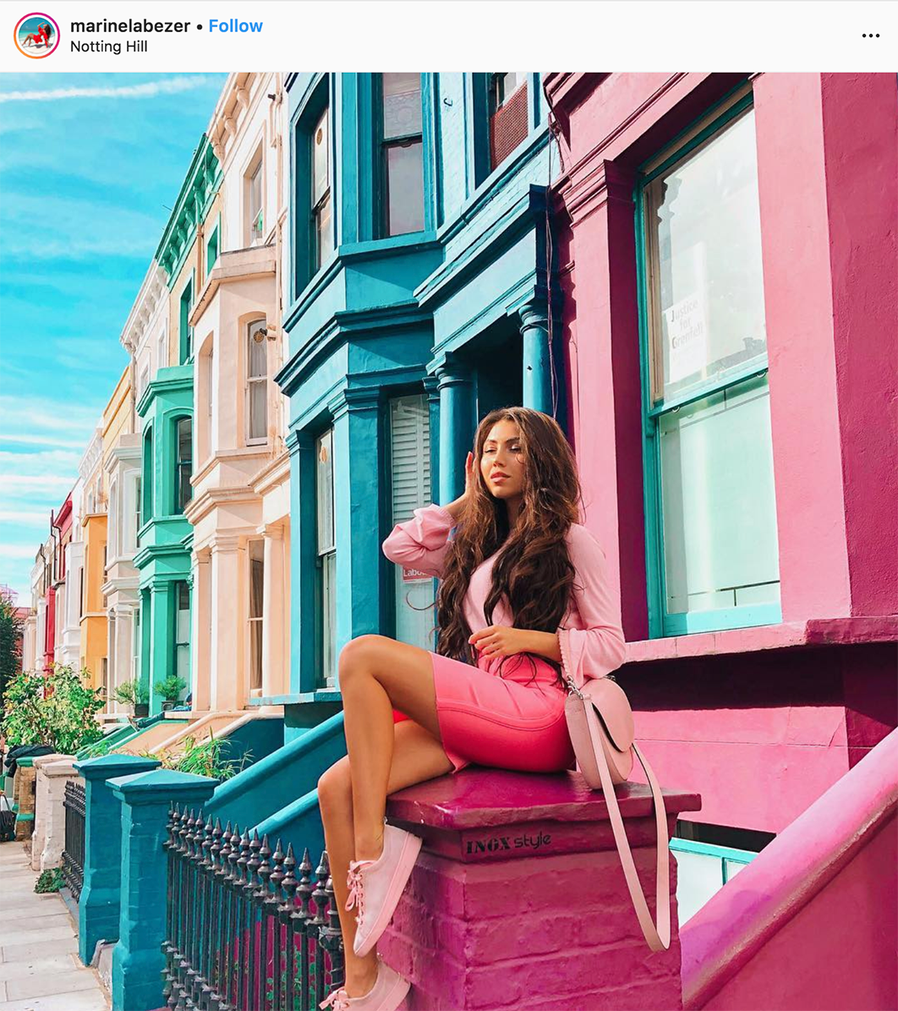 It's not hard to see why Rue Crémieux is a hit on Instagram. The stretch of pastel-hued row houses that line the cobblestoned road of Paris' 12th arrondissement is so charming, so picture-perfect, it's become overrun with influencers staging elaborate photoshoots.

Residents are fed up. Antoine, a local resident spoke with radio station France Info about how the Insta tourists have disrupted his daily life.

“We sit down to eat and just outside we have people taking photos—rappers who take two hours to film a video right beneath the window or partygoers who scream for an hour,” he said. “Frankly, it's exhausting.”

There's even an Instagram account that pokes fun at some of the ridiculous photographs taken by tourists on the street. Shots include everything from over-the-top fashion shoots, yoga poses in doorways and flash mobs, to popping champagne bottles… you get the idea.


The candy-coloured houses on Crémieux are a relatively new phenomenon. In 1996, residents began painting their facades in bright hues in contrast to Paris' neutral palette. They could have never predicted their creative vision, emblematic of small-town European charm, would be a target for smartphone-wielding tourists. It's at the point residents are demanding the city close their street to visitors on evenings and on weekends.

Paris isn't the only city dealing with the dilemma of being too pretty for its own good. The picturesque neighbourhood of Notting Hill in London, England has its fair share of Insta-tourists flocking to their quiet neighbourhood, too.

Local Daphne Lamirel, who lives in the area, told The Standard she found the selfie-takers sweet at first. As their numbers grew, however, so did her annoyance. “The walls are quite thin and you can hear them laughing and directing photos from our living room,” Lamirel said, adding that on weekends, there are “at least four groups taking pictures at the same time.”

Meanwhile, in Hong Kong, the colourful Choi Hung apartment complex has gone so far as to post signs forbidding cellphone photoshoots. Vincent Yeung, who has lived at Choi Hung Estate almost his entire life, complained to the New York Times tourists are crowding the public basketball courts in front of his home. “There are too many people taking photos here,” he said. “My friends have gone elsewhere to play.”

Other residents aren't phased by the Insta-loving tourists. “It's nostalgic to see an old estate like this now attracting tourists,” explained K. Pang, who spent his childhood in Choi Hung. “I think it's pretty good, to make this place a tourist spot. It's better than not having people here.”

Indeed, it seems Instagram-famous homes and the locals have a dilemma. On the one hand, people love to experience beautiful homes, take photos and share them with the world. On the other hand, should residents have to deal with the added ruckus?

Thankfully, the days of perfectly posed pictures in front of pastel houses may soon be over. The Atlantic reports the carefully staged, candy-coated aesthetic on Instagram is giving way to more authentic, less manufactured images on the platform. As Lynsey Eaton, a co-founder of the influencer-marketing agency Estate Five explains, “the pink wall and avocado toast are just not what people are stopping at anymore.”

Of course, an appreciation for beautiful homes will never go out of style and you're certainly allowed to take photos when you travel. But it’s one thing to snap a picture on a pretty street; it's quite another to sit on the stoop of someone's home or use their windows as the backdrop for your music video.

If you absolutely must snap a photo, be respectful. Don't trespass; porches are private property, not your personal playground. Avoid staging lengthy, elaborate photo shoots and put your camera away if you see locals quietly enjoying their stoops in peace. A little consideration goes a long way.