Welcome to Whiskytown: Walkerville, Windsor the Origin of Canadian Club 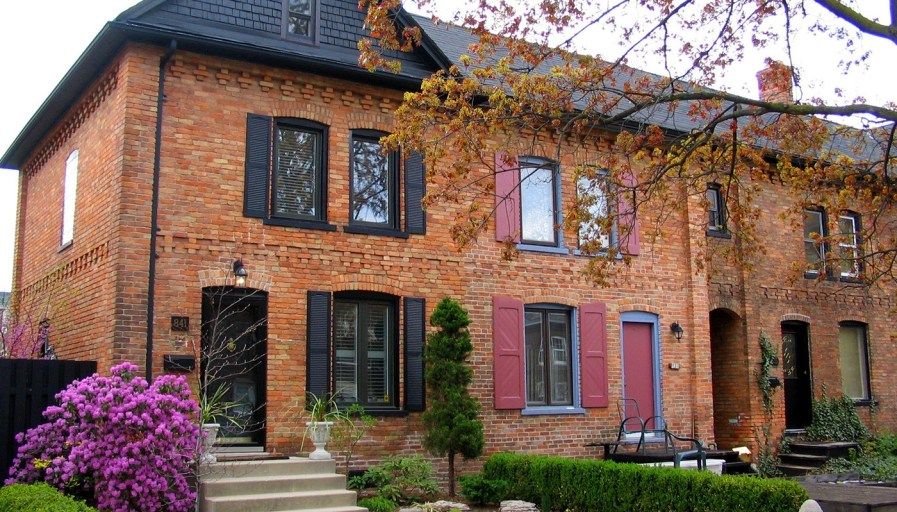 Hiram Walker was a man with a plan. In 1856, the former Detroit grocer and cider vinegar distiller purchased approximately 468 acres of land east of Windsor with the intent to uproot and expand his small whisky operation from Detroit to Canada. In addition to his distillery, he diversified the business by growing grain, milling flour, and raising cattle and hogs. Down the line, the town also supported other major industries, most notably automotive manufacturing. Fast forward to today, and Hiram Walker's (better known today as Canadian Club) becomes the largest distillery in the new Confederation of Canada and Walkerville earns its spot on the map.

But Rome wasn't built in a day and neither was Walkerville. Although Walkerville was forcibly amalgamated into Windsor in 1935, the growth and success of the commercial district made it a permanent living history of Walker's vision for the thriving town it remains. The family played an important role in developing the town's airport, hospitals, churches, museums and residences. Today, the Walker family name echoes in the streets of Walkerville, kept alive by the stories passed down through generations. Walkerville is currently home to more than 20,000 people—mainly families with young children and couples. Locals have described the Walkerville vibe as “hip and historic”, with many former industrial buildings transformed and repurposed into community resources.

If you're searching for a neighbourhood with a great connection to history and heritage homes with tons of character, Olde Walkerville could be for you. Known for its mix of larger estates and modest detached homes, Walkerville is considered to be one of the most vibrants communities in Windsor.

This neighbourhood puts you at the centre of some of Windsor's most cherished events, including annual arts and cultural festivals, authentic walking tours and Art in the Park. Walkerville is widely recognized for its walkability, with plenty to see and do in a very convenient radius. Consequently, the neighbourhood is highly sought-after for its proximity to local shops, schools and entertainment.


See a show at the Olde Walkerville Theatre. A fixture on Wyandotte Street East between Lincoln and Gladstone, The Olde Walkerville Theatre (formerly The Tivoli Theatre) has undergone a facelift or two since its grand opening in 1918. The structure was originally designed by renowned theatre architect C. Howard Crane. In the 1930s, the theatre offered both silent movies and vaudeville acts (similar to a comedic musical act). In 2013, the building was lovingly restored into a venue for small local theatre companies, live music and special events.

Fun fact: When the theatre first opened, it was illegal to show movies on Sundays.


Stroll through Willistead Manor. Willistead Manor is a 36-room mansion nestled within a 15-acre park that was built in 1906 for Edward Chandler Walker, the second son of Hiram Walker. Now managed by the Department of Parks, Recreation & Culture, and Facilities, Willistead Manor offers seven uniquely designed rooms to rent for special events. Public tours are also available seasonally at select times.


Take a sip of an “honest beer”.  Yes, Hiram Walker was a whisky man indeed, but what many didn't realize was his affinity for a nice cold brew. When the man of the hour opened the original Walkerville Brewery in 1890, he declared he would produce an “Honest Beer”—anything produced from his brewery would only be crafted of the finest ingredients – no exceptions. To this day, the Walkerville Brewery presses on with the same winning ideology, using unpasteurized single batches with no artificial preservatives, flavours or colours. Locals and visitors alike can discover the brewing process and enjoy samples of beer on a one-of-a-kind Walkerville Brewery Tour.

Walkerville isn't only known for their whiskey and beer. From wood-fired pizzas to chicken-pot pie, the curious diner can find all sorts of delicious fare at hot spots like The Twisted Apron, F&B Walkerville, the vegan friendly Carrots n' Dates and more! Walkerville's dining district is a culinary experience that combines the neighbourhood's flare for heritage with contemporary, creative cuisine.

Experience the Windsor-Walkerville Fringe Fest. The Windsor-Walkerville Fringe Festival is an annual event that celebrates local artists. The festival has been running since 2016 and is associated with the Canadian Association of Fringe Festivals (CAFF). Uniquely, the festival guarantees that its talented artists receive 100% of ticket revenue and it does not subject their work to jury approval or censorship in any way. The festival prides itself on its ability to provide accessible arts experiences to the community.

Walkerville has graciously mastered the balance of historic charm within a modern, evolving community. Drop by for a visit or work with a local REALTOR® and discover why this picturesque town is the place to call home.